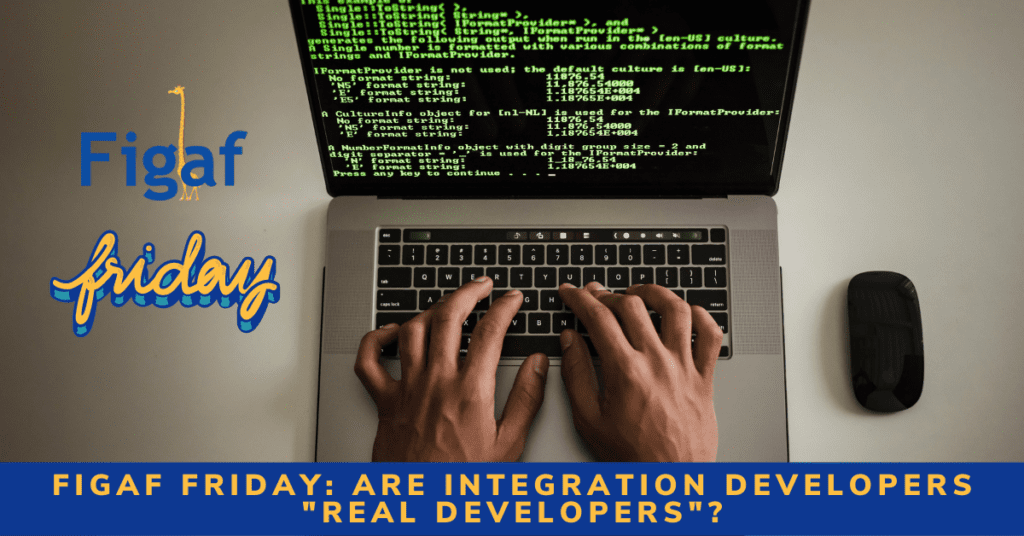 Figaf Friday: Do you consider Integration Developers as “Real Developers”?

Even though I am a decent programmer, I would not be able to get code into our production release of the Figaf DevOps Suite for SAP Integration without my development team at Figaf.

The development team that focuses on building applications has a much better understanding of how to use the tools, framework and workflows.

Depending on the project and the integration, then the Java/Groovy coding portion is less than 20-30% in most cases. Beyond that, the other portion is about “APIs”, creating mappings and understanding the scope of the project.

I think everybody wants to create good integrations for their companies or clients. Yet, it is often difficult to be able to be good in all areas so you will in some cases need to specialize.

I think there is a big difference between SAP CPI and other SAP platforms like UI5/Fiori because they have much better local development options. I’m sure you will find many SAP CPI developers that can maintain a good git process. But the majority will not be able to work with the process.

I was teaching a lot of ABAP developers on to call Proxies from 2005-2014 and in a lot of cases they did not understand the Object-Oriented model. I’m not sure if the learning model is the same for integration developers

Figaf Products are developed with the integration developer in mind.

That is one of the reasons we have been making it much easier for integration developers to use our tools so they don’t need to have a large experience with coding.

With the Figaf DevOps Suite, you can debug Groovy scripts with just a few clicks. Therefore, no need to understand how to set up mock services or anything like that. Moreover, we let integration developers and architects focus on creating integrations while understanding how they can write test cases.