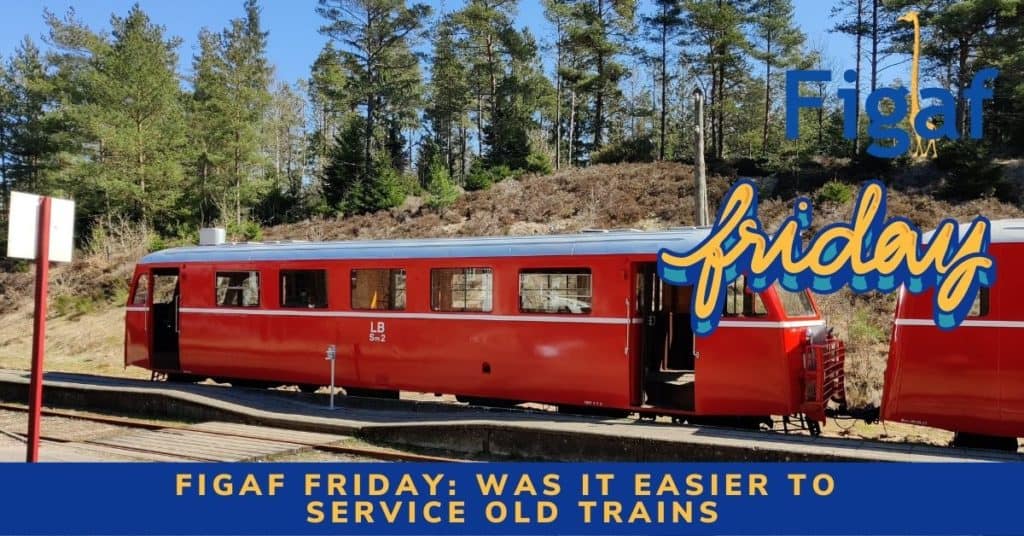 Figaf Friday: Rock solid that everybody can support.

This easter I was with my family on a trip to an old railroad to celebrate my mother’s birthday. It was great spending some time with the family.

One thing that was interesting was how robust the things were built to be easily maintained for a long time.

We got to ride a train built-in 1952 in Denmark and use to run on private rails. It looked mostly like a diesel bus but with train wheels. It was even called a train bus, so it was not wrong. It had a 6-cylinder engine with 150 horsepower, not super impressive to modern standards.

It was serviced by primary volunteers without any formal education in the field. And they could perform the service in their garage. It was created without much electronics.

Contrast it to the IC3 train that was built in 1989 in Denmark. I don’t think we will ever see it running in private hands. It is too technical to service and it would require a lot of electronics understanding and precision tooling. And then we will not talk about the IC4 that had way more problems becoming operational.

It has a number of advantages compared to its old counterpart. It is way more reliable, faster, cheaper to operate, and more comfortable.

You had expected something on Integration coming out of this. Me too.

You can see something in the same line with XI/PI vs SAP Cloud Integration. They serve the same purpose and can perform mostly the same tasks.

The SAP PI Netweaver system can be managed by someone with limited knowledge in the space. Whereas running a Cloud Integration in Cloud and Kubernetes would require a lot more skilled person.

For the development, I think it is much easier to learn SAP Cloud Integration than SAP PI because it is a lot easier to get started. It is also a simpler and more logical building block. It is also smaller components that you need to bundle to getter.

For building an enterprise-scale governance system, the SAP PI/PO system have some advantages with the ability to use reusable components. But it does require a lot of knowledge and skills to get it started and build it correctly.

And you could go back to older versions where all the integration was developed by hand by some programmer. It will be possible to maintain them but it would also take a lot of knowledge to get into the process and understand what was going on. There are no courses on the content so you must be able to learn from the people creating the program themself. With off the shelf products, a lot of this is easier.