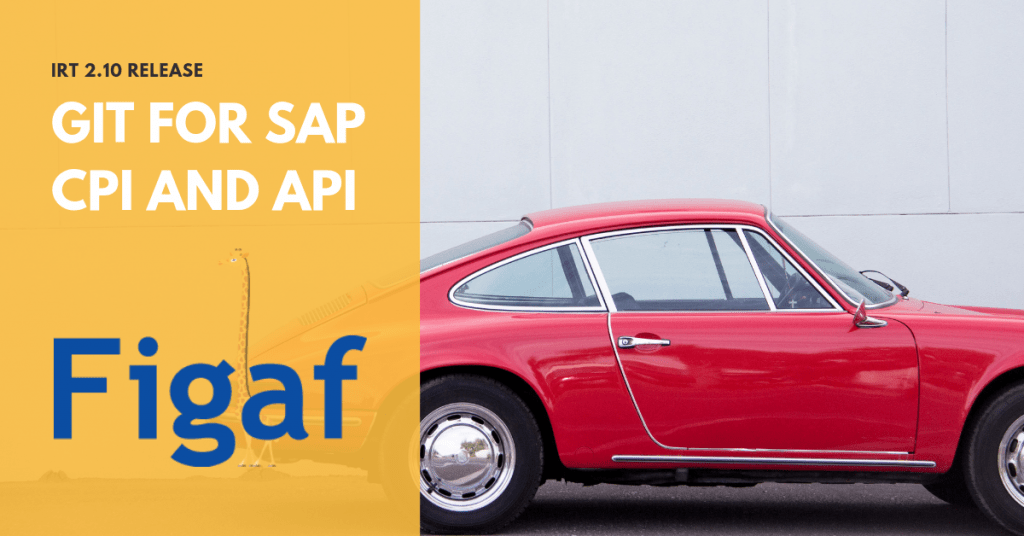 It has been a long time since our last release. We did have a summer vacation and had a big new function to release.

I have been teasing that we have Git integration for SAP CPI and also added it for SAP API mgt.

The thing that I like with our Git integration is that it allows users to access all sources from your project in just one simple repository. It will speed up the development because you will get easier access to all groovy script and XSLT, so you can reuse it. We have tried using Github, SAP Git from Cloud Platform and also Bitbucket, other will probably also work. Just be sure it is a private repository.

It gives you an opportunity to work in your favorite IDE like Eclipse or IntelliJ to edit the code. They have a much better code completion that allows you to write the code faster.

It is our first Git release, so we are looking for feedback about how the workflow should be and if there are any ways we can improve it.

From an SAP developer perspective, we are not really used to be able to use plugins in our IDE. SAP has released the Netweaver Developer Studio for PI that and the old Eclipse Plugin for CPI development. Here you had some function you could use, but it would only work in that IDE. The better way to deliver integration tools is to deliver Gradle plugins. Normal Java developers have a lot of Gradle plugins they can use to bundle application or run them in a specific way. So it would make sense to add some code to Gradle plugins that allow you to upload, deploy and test your iflows directly from your IDE. That way you don’t need to do leave your IDE to validate if your code is running correctly. We have created 3 plugins are all open source. One to CPI, one to API Mgt and one to handle testing with Figaf IRT. The plugins can be found in the Gradle plugins directory or on our Github page.

One of the big challenges with starting your own infrastructure is that you need to configure all your plugin. That is the pain we are removing. You don’t need to be a Git expert or know a lot of Java configuration all configurations are delivered templates that you can just reuse. It makes your developers much more productive.

We have made some more improvements in the application and fixed some bugs. Among them are once you use the Figaf IRT to transport individual iflows that it use the unofficial Update metadata API. This allows you to keep the version history of your changes and do rollbacks. It is not ideal but we will use it until SAP support the option to update an iflow with the official API.

The next big challenge that we would like to tackle makes it easier for the user to create test data and assertations for CPI development. Half a year ago we created an option to create a Groovy script to set up a message with test data. The approach did make it easier but you had to make some manual changes. That is what we are trying to change. We want to make it possible to generate scripts both input and expected output, so you can run the test case a lot easier. This will speed up your development even more.

Try it out now and see how it works

There is a free version of Figaf IRT that you can use. It will enable you to expose your CPI system using Git. You can run Figaf IRT on your Laptop and it takes 10 minutes to get started.

We hope to find a way to license the feature while making it easy to try. But for now, there is only a restriction on the number of agents/CPI systems you can connect with.